As an (oh-so-wise) second-year Ph.D student, I somehow feel qualified to give advice to my brethren–particularly those of you who may be thinking of entering the wide world of academia yourselves. There are, of course, a number of well-written and well-meaning pieces of advice for young scholars or early career academics (see, for example, most anything on ProfHacker). But now, at the end of my second year, with hindsight glaringly bright, I feel the need to say a few words to those of you in your first year or thinking about entering a Ph.D program.

1. There will be blood
No, not really (at least, I hope not). But in all likeliness, your first year will be disorienting at the least and downright scary at the worst. I once had a professor describe graduate school as coming into a cocktail party half an hour late. You might feel that you will never, ever understand what the word subaltern means. Or maybe you feel like you’re stuck in between worlds–your family and friends can’t relate to your ramblings about Derrida, but you don’t feel like you know enough to be chummy with the Deconstruction Club.

Your first year is a liminal time. You’re dipping your toes in coursework, trying on new theories and methodologies. At the same time, you’re being socialized into academe, and this process can feel incredibly isolating. It may feel weird for a bit, but you will become more conversant in theory, I promise. On the flip side, don’t ignore your friends and family outside the academy. (Sorry, mom, I know I should call more often.) A friend of mine told me once that graduate school will demand from you as much as you’re willing to give. You don’t have to give it everything–there’s no line on your CV for masochism, and no one wants to be friends with the girl who won’t shut up about Gramscian vs. Foucaultian conceptions of the museum.

2. Work, work, work
I’m not going to waste any space on the job market–you’re probably already freaked out enough as it is. What I want to suggest is another way to look at graduate school: you’re surrounded by a ton of brilliant people with awesome ideas. And not all of them are your professors. If your program allows it, work in the library, get an internship at a non-profit, do *something* that gets you out of your own head. Not only will having a part-time job give you some tangible experience that many students don’t have a chance to get before graduate school, you will likely be forced to talk to people about things other than your research or Zizek’s latest appearance with Lady Gaga.

For the past two years, I’ve been fortunate enough to work at Southern Spaces, a peer-reviewed, open-access journal at Emory. And honestly, if it hadn’t been for those 8 hours a week I spent copyediting and learning the intricacies of Drupal, my first year would have been much tougher.

3. It’s not you, and other miscellany
Seriously. In the infinitely wise words of a professor in my department, “It’s not hard because you’re not good enough, it’s hard because it’s hard.” At the same time, remember that you’re not in graduate school to be praised for your brilliance, you’re there to become even more brilliant.

And while we’re on the subject of advice, as Gina Barreca alludes to in her wonderful article, your adviser can never, ever do it all. Even the most attentive adviser can’t talk you down at 3 a.m. when you think that someone else has written your dissertation (ahem). Build networks across your university. Being a rhizome is a good thing. Think about creating a community of advisers in official and unofficial capacities, even if they aren’t in your department, your field, or even academia. Find someone who will push you to rewrite your proposal five times. Find someone who will give you a hug when you need it.

There is a great temptation to fall into the vortex of despair that swallows up so many students–who has more fieldwork left, more dusty archives to comb, more grants to apply for (again, ahem). While this kind of collective agonizing can seem temporarily therapeutic, it can quickly devolve into a competition of misery. Surely our energy is better spent on other endeavors? 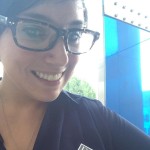